He graduated in 1991 from Ain Shams University in Cairo, Faculty of Engineering, and he holds a BSc double major in Electronics and Automatic Control. Mr Foda is a board member of Energy Recovery, Inc. (NASDAQ: ERII), a technology company based in California. He also serves on the board of Trustees of Awty International School in Houston and is a board member for Al Fanar Venture philanthropy in London. 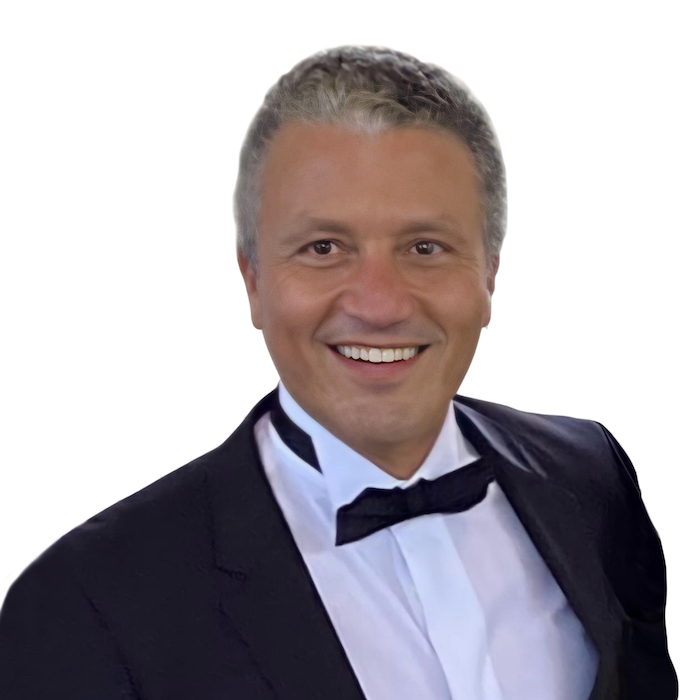 Chairman of the Board & CEO

He earned a B.S Degree in Business Administration & Accounting from Washington and Lee University and his MBA degree from The Thunderbird School of Global Management. 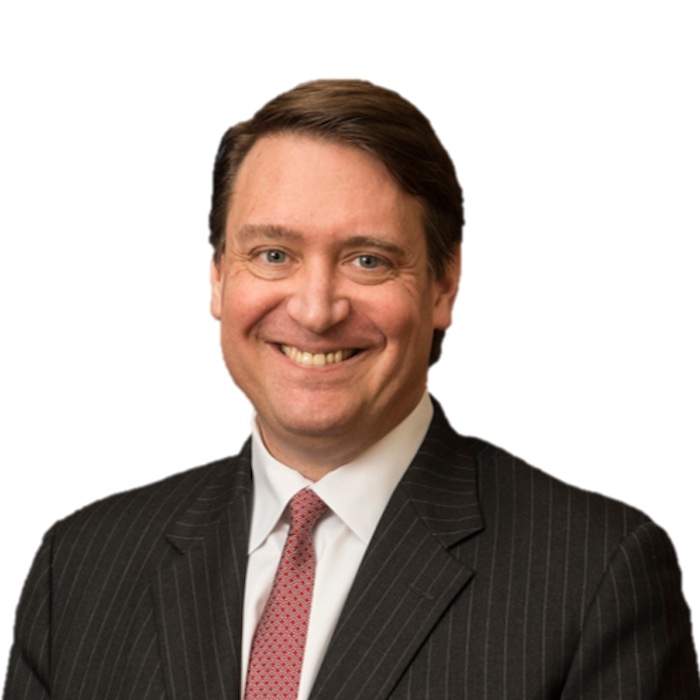 Mr. Dudeja is the Chief Commercial Officer of NESR Corp. He also oversees Mergers & Acquisitions for NESR. Mr. Dudeja has more than 20 years of professional experience in the oil and gas industry working for Schlumberger Limited in South and South East Asia, Middle East, Europe and the US. From April 2014 to August 2016, he led the Sales and Commercial function for the Production Group of Schlumberger. In his previous roles, he served as the Wireline Marketing and Sales Manager for Europe, Africa and Caspian; Worldwide Training & Development Manager and Acting Personnel Manager for Wireline; General Manager for Wireline for India; Oilfield Services Training & Staffing Manager for Schlumberger for the Middle East and Asia region; and Country Manager for Wireline in Vietnam. He started his career in 1996 with Schlumberger, working primarily offshore Mumbai High and then in the South China Sea, handling exploration and deep-water wireline logging operations. He also has co-founded two startups in the education analytics field in India and US, one of which he actively led from 2012 to 2014 as COO. He is also the co-founder of PetroConnect LLC, an independent E&P investment company.

He graduated from the Indian Institute of Technology, Delhi (IIT-Delhi) and holds a Bachelor of Technology degree in Electrical Engineering with a minor in Management Studies. 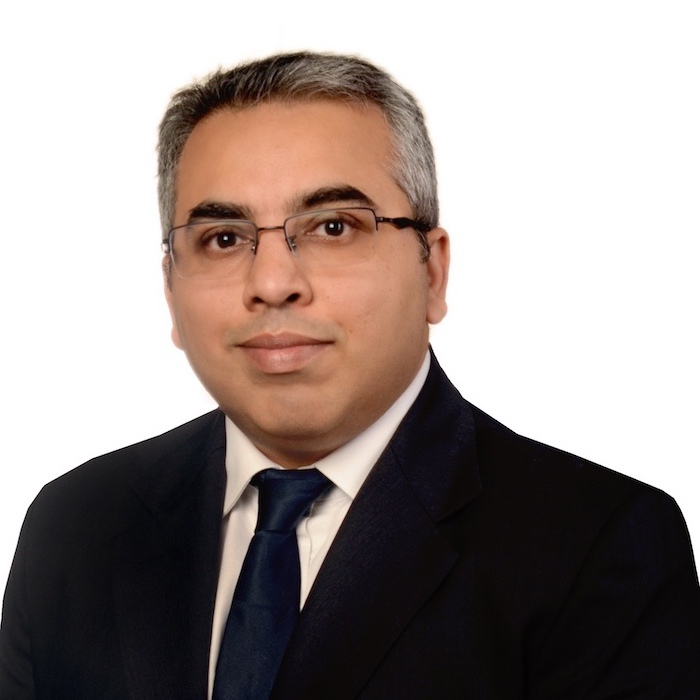 Cathy Konwisarz is NESR’s General Counsel & Corporate Secretary, responsible for leading its global legal team. Prior to joining NESR, she was Assistant General Counsel – Conventional, A&D and U.S. Operations for Marathon Oil Company, where she managed Marathon’s worldwide team of lawyers and legal professionals in international, offshore and domestic conventional operations, corporate development and exploration matters, and operational support services, such as marketing, royalties and supply chain. Before joining Marathon, Cathy practiced in the corporate and energy law groups of Dewey & LeBoeuf LLP, specializing in major projects and energy transactions, including the structuring and development of Angola LNG.

She holds a Bachelor of Science from Texas A&M University, a Doctor of Jurisprudence from South Texas College of Law, and two Masters of Laws (one in Energy, Environment and Natural Resources Law, and one in Tax Law) from the University of Houston Law Center. Cathy serves on the Board of Directors of both the Association of International Petroleum Negotiators and the Women Offshore Foundation. She has received various industry awards, including being named a Rising Star in Texas Monthly’s Super Lawyers, winning Houston Business Journal’s Best Corporate Counsel Up and Comer (Large Legal Department) in 2016, and being named by National Diversity Council as a Top 50 General Counsel in 2019. 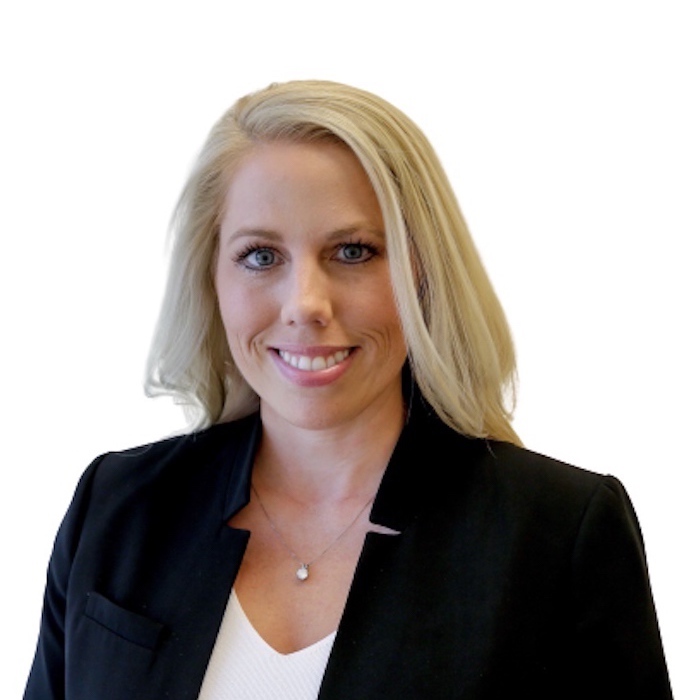 Mr. Merghani is the Vice President for Energy Services at Olayan Group where his responsibilities include management of Olayan’s investments in the energy sector. Mr. Merghani is also a Board Director of several privately-owned JV companies working in the Middle East. Mr. Merghani joined Olayan Group in 2017 after having spent 16 years in the field operations in the oil and gas industry with Schlumberger, majority of it working in East Africa, GCC Countries and Latin America. During his time with Schlumberger, Mr. Merghani held many positions mostly in sales and operations, such as VP and Geo-Market Manager for oilfield services for Brazil and Uruguay, Acting Vice President and Geo-Market Manager for oilfield services in Saudi Arabia, General Manager for Wireline in Saudi Arabia & Bahrain, General Manager for Wireline in the United Arab Emirates, and Sales & Marketing Manager for GCC countries.

Mr. Merghani started his career in the industry in 2000 as Pipeline Engineer for Sudan Petroleum Company and subsequently joined Schlumberger as a Wireline Field Engineer moving across multiple countries in East Africa and the Middle East. Mr. Merghani graduated from the University of Khartoum with first class bachelor’s degree in Mechanical Engineering. 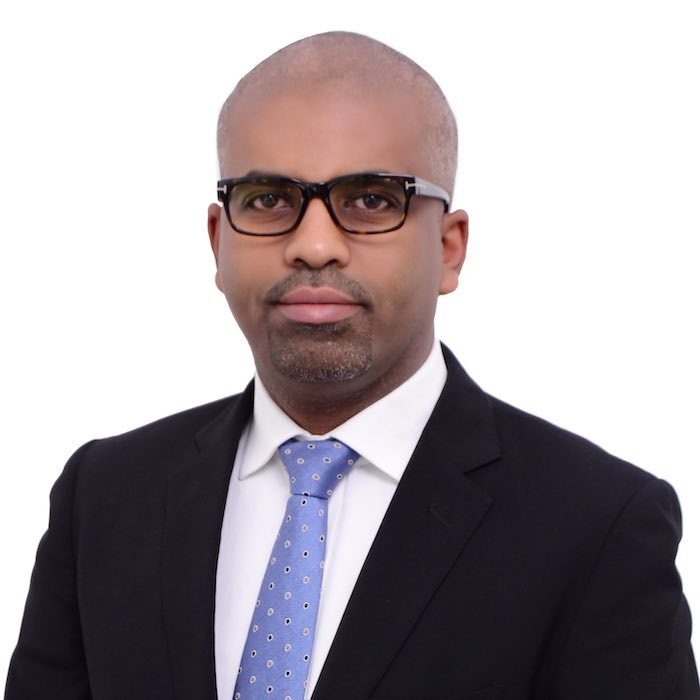 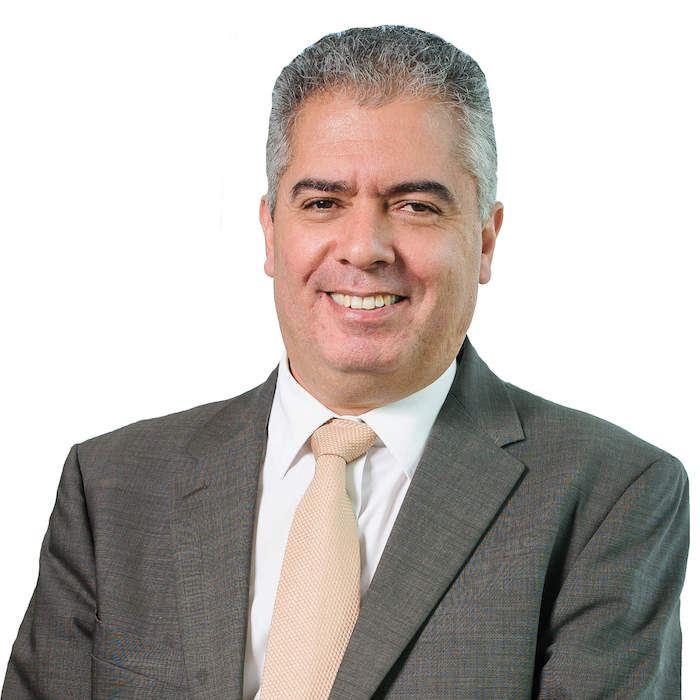 Hawazen Nassief is the Vice President of Environmental, Social and Governance (ESG), and External Affairs at National Energy Services Reunited Corp. (NESR). In June 2019, Ms. Nassief joined NESR as ESG Director and was later appointed to the steering committee of Women In NESR. Before Joining NESR, Ms. Nassief was the Corporate Responsibility and Technical Education for Communities Manager at Cummins Arabia, the Director of Middle East Relationship Management at Christie’s, Corporate Social Responsibility Officer at Olayan Financing Company and a member of the first steering committee of the Olayan Women Network, and Supervisor of Strategic Studies at Kingdom Holding Company in Riyadh. Ms. Nassief has spoken at several international forums, including the World Economic Forum, and was interviewed on many TV and radio shows. In addition, Ms. Nassief published numerous articles in local and international newspapers on a verity of topics and was featured in several magazines including on the cover of Hia Magazine in 2006.

She is the recipient of the 2018 Global Impact Award and the 2018 Africa & Middle East Business Impact Award from Cummins Inc for her work on a women’s shelter in Saudi Arabia. Ms. Nassief has a Bachelor’s degree in International Relations from Boston University and a Master’s degree in Law and Diplomacy from the Fletcher School at Tufts University. 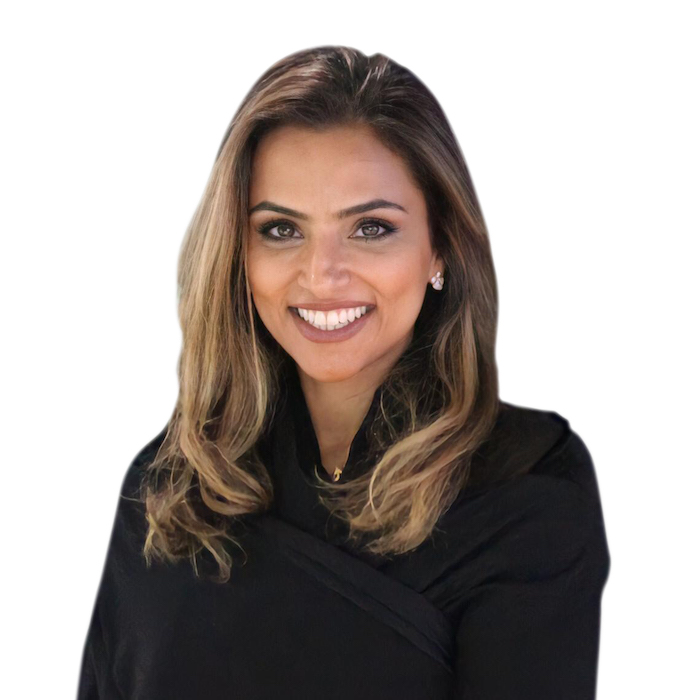 Prior to joining NESR, Mr. Alhadrami was the Managing Director of Bin Jabr Group, one of the leading oil & gas service providers in the United Arab Emirates. Before that, Mr. Alhadrami was a Division Head at Saudi Aramco’s Southern Area rig-less operations. Mr. Alhadrami started his career with Schlumberger, where he had several operations and management roles in coiled tubing and pumping services.

Mr. Alhadrami holds a Bachelor’s degree in Industrial Engineering from the University of Bahrain. 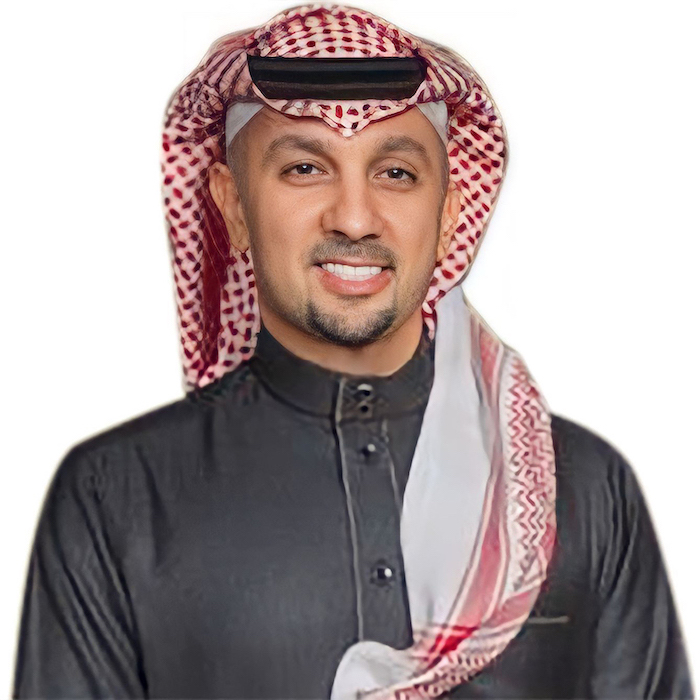 Blake Gendron is the Vice President of Investor Relations & ESG Impact Segment at NESR, through which he is responsible for investor outreach, corporate access, and business development within the company's ESG Impact segment. Prior to joining NESR in July 2021, Mr. Gendron was a Director at Wolfe Research (a leading boutique Wall Street research firm), and the senior analyst covering both the Oilfield Services (OFS) and Industrial Technology sectors. Previously, he was an associate on the top-ranked OFS equity research team at Evercore ISI. Mr. Gendron began his career as a wireline engineer at Schlumberger in 2013, primarily conducting field operations across the major conventional & unconventional shale basins in North America.

He graduated in 2013 from the University of Pennsylvania in Philadelphia, PA, and holds a BSE in Chemical & Biomolecular Engineering (2nd major in Economics). 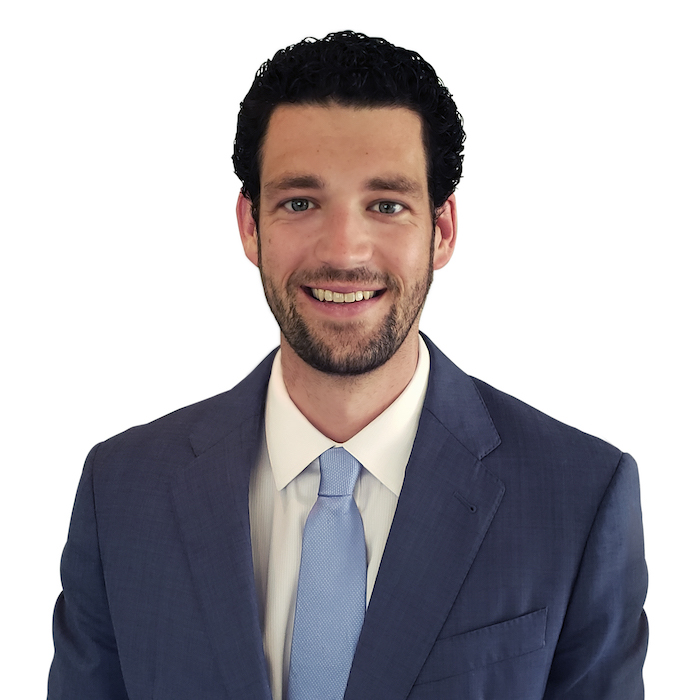 Ms Kablawi is NESR’s Director of Internal Audit. Prior to this, she was NESR's Corporate Financial Controller and led the Operations Finance team for NESR. Prior to that, Ms. Kablawi led the Integration team for NESR and prior to that, Ms. Kablawi worked with NESR in an advisory capacity to assist with the M&A and SEC approvals during its SPAC phase. Ms. Kablawi has over 20 years of professional experience covering global finance positions within Schlumberger, as well as in Advisory Services at PricewaterhouseCoopers ("PwC"). During her 13 years with Schlumberger, Ms. Kablawi worked in diverse positions within the finance function, gaining expertise in multiple areas including Financial and Strategic Planning, Tax Management, Internal Audit, Business Process Transformation and M&A. From January 2016 to August 2017, Ms. Kablawi served as a Finance Director for the Schlumberger Land Rigs segment, covering various geographic areas including the Middle East & Asia, Europe & Africa and North & Latin America. Between January 2012 and December 2015, Ms. Kablawi served as a Regional Finance Director for MI SWACO Middle East where her responsibilities included the integration of the acquired Drilling Fluids business into Schlumberger and serving on the Board of Directors of a strategic Joint Venture. Her previous roles included Corporate Internal Audit Manager as well as Tax Manager for Seismic Services in the Middle East and Africa.

Ms. Kablawi also has 8 years of experience up to Senior Manager level with PwC London, covering Audit, Advisory and Transaction Services including Mergers, Acquisitions and Initial Public Offerings ("IPOs"). She graduated in 1996 from the London School of Economics and Political Science with a Bachelor’s degree in Business Management. In 2000, she qualified as a member of the Chartered Association of Certified Accountants (ACCA). 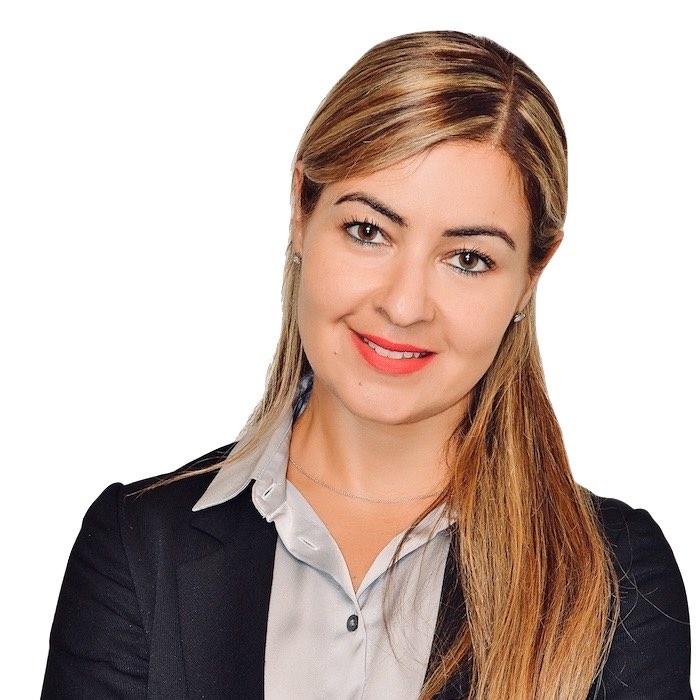 Mr Nawfal has more than 41 years of professional experience in Tax, M&A and Financial transactions working for Schlumberger in the Middle East, Asia, Europe and the US. In his last role with Schlumberger, he served as Deputy Director of Tax for Schlumberger Ltd, based in the Houston headquarters. His responsibilities included strategic tax planning, corporate structuring and he has done extensive work on acquisitions, including large transactions such as Smith and Cameron, divestitures, joint ventures and post-acquisition restructuring. 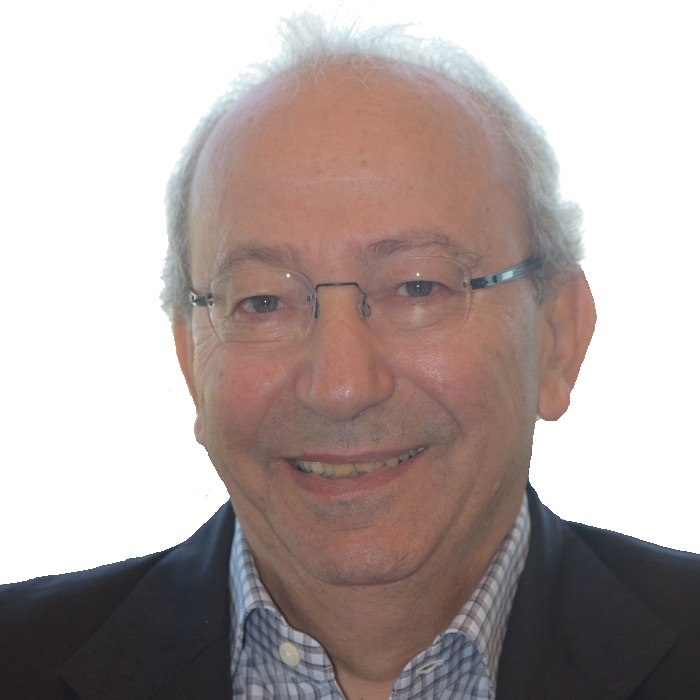 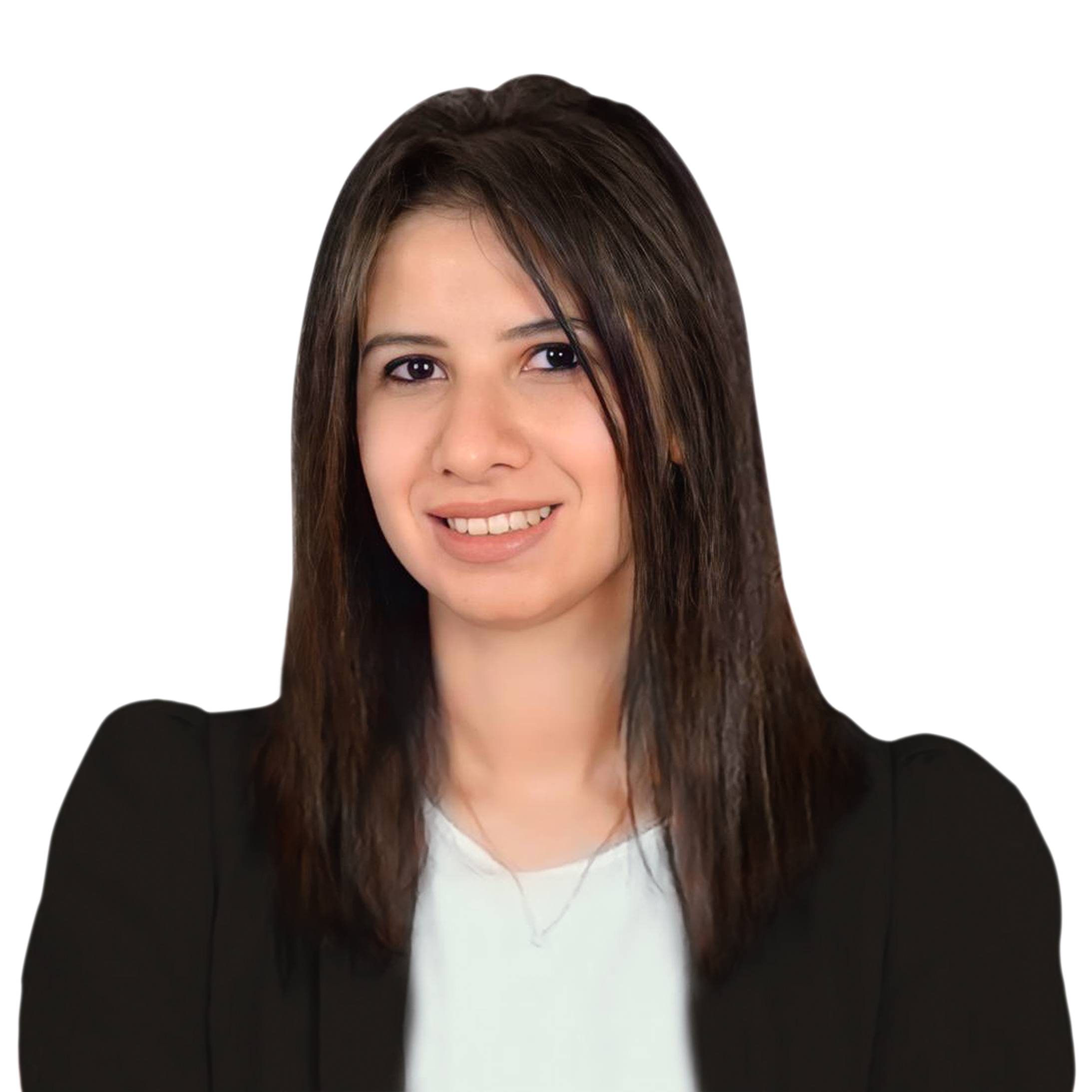